The European Union’s internal market and the privileges of European citizens derive from the so-called ”four freedoms” referring to free movement of workers, goods, capital and services within the territory of that supranational community. As the Covid-19 pandemic has significantly disrupted and even prevented the full enjoyment of such privileges, especially those related to movements of citizens, the EU institutions have been working for months to develop procedures in order to strengthen a common framework for freedom of movement having in mind the epidemiological situation. As a result of such efforts, in October 2020, the recommendations of the Council of Europe on a coordinated approach to the restriction of free movement in response to Covid-19 pandemic were adopted, which will be analysed below.

Although it is a non-legislative act, by harmonizing it the EU has shown a common position on that challenge. Member States in charge of adopting epidemiological measures should regulate it independently in accordance with their internal assessment. In addition, the establishment of a procedure for regular collecting and updating of data in the European Centre for Disease Prevention and Control has made it easier to monitor the situation in the EU and contributed to the feeling of a European community that has not been always visible in the previous period. 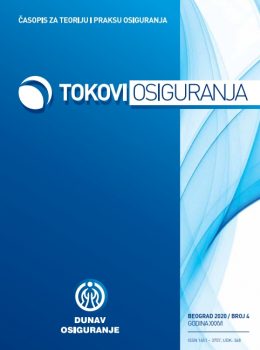